World Population Day: should we celebrate or mourn? 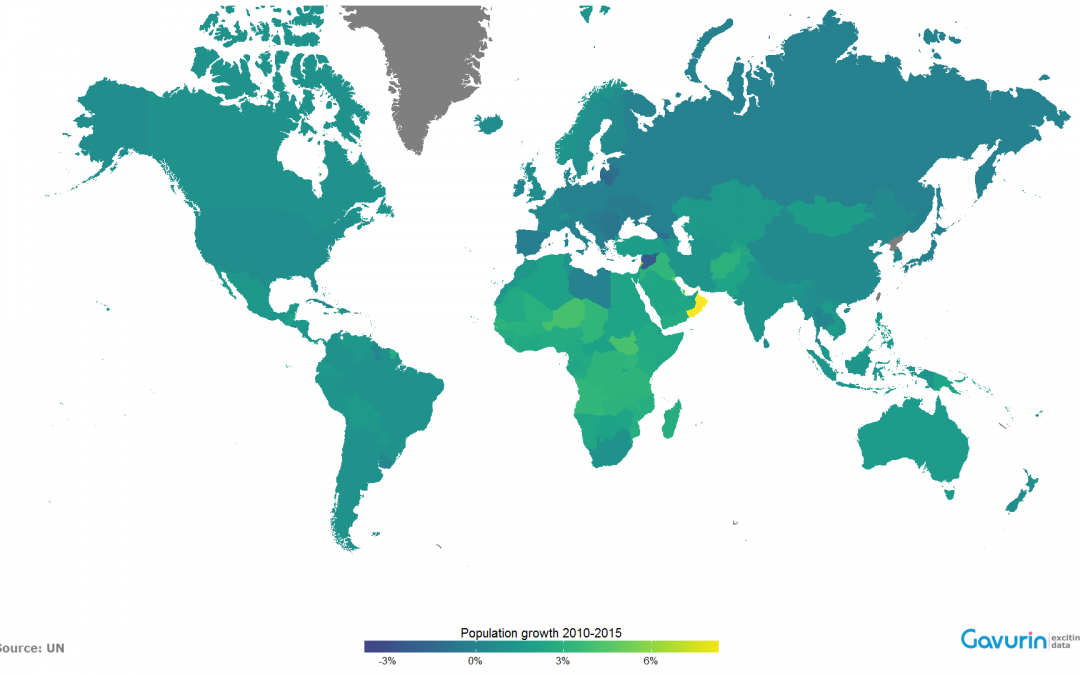 According to the United Nations, Earth’s population is set to reach 8 billion by 2023 but we have only one planet to share between us. With increasing world population, we face many challenges: food and water shortages, available spaces to live, increased pollution, transportation, infrastructure problems and much more. As a data scientist, I thought it would be useful to look at factors which support our celebration (or mourning) of World Population Day. 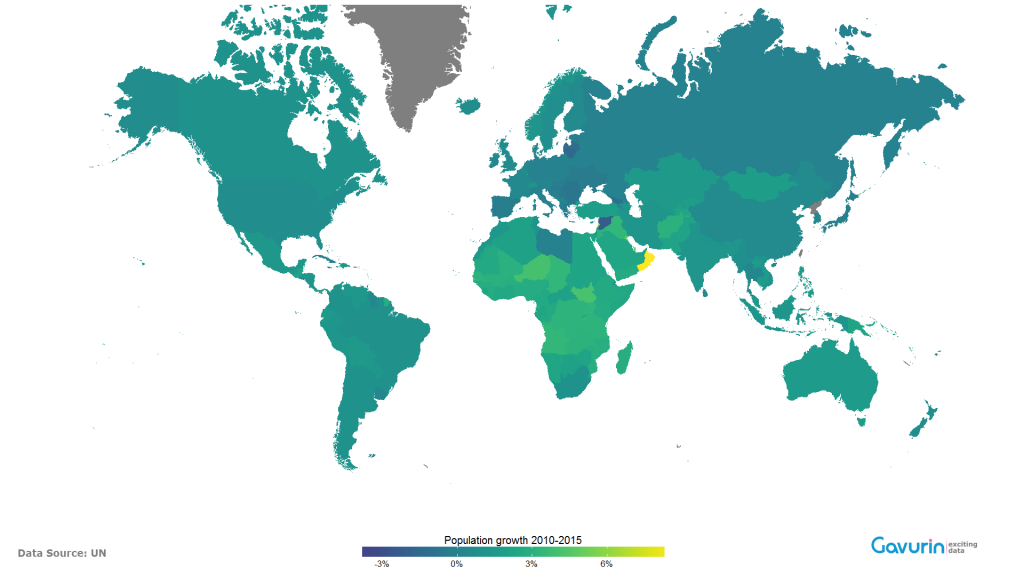 The above map shows population changes in 2010-2015. Contrary to popular belief that growing population is a concern for only the developing countries, the data indicates that the population increases in almost every country around the globe. Nevertheless, there are a few factors which allow us to understand the change in overall global population.

Let’s take a closer look at them.

COUNTRIES WHERE PEOPLE LIVE THE LONGEST 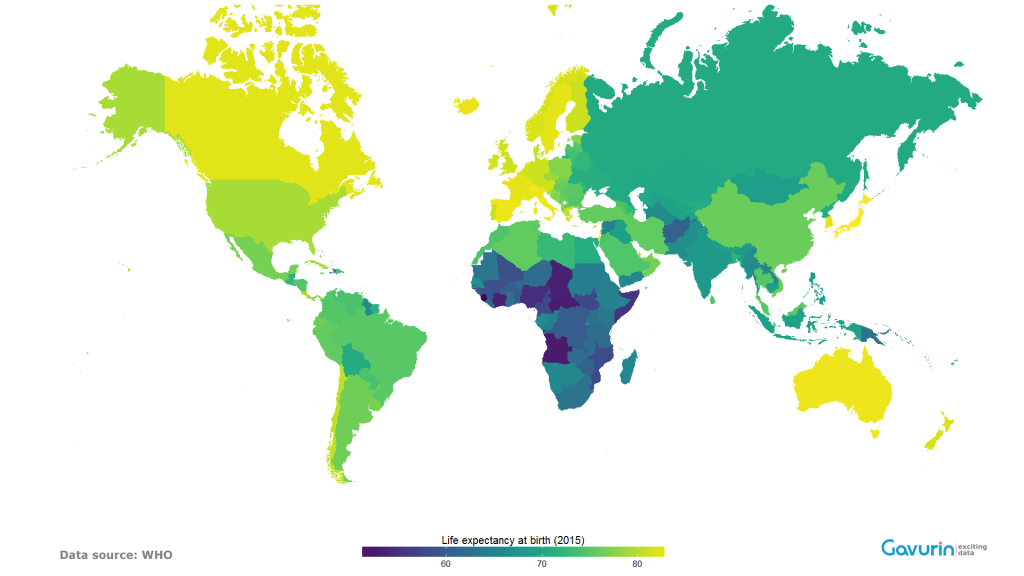 The life expectancy map indicates that the place of your birth has a significant impact on how long you will likely live. This difference could be up to 20 or even 30 years. However, the map shows pretty much what you’d expect: developing nations have a lower life expectancy than the developed countries. For this reason, even small distances can have a big impact on how long you might live. This can be nicely illustrated with Papua New Guinea (63 years) as an example. If you are born a little further West (Indonesia (69 years)), your life expectancy can increase a bit. Yet, if you are born a little further South (Australia (83 years)) – your life expectancy increases a lot.

CONTRACEPTION AND CHANGES IN THE WORLD POPULATION 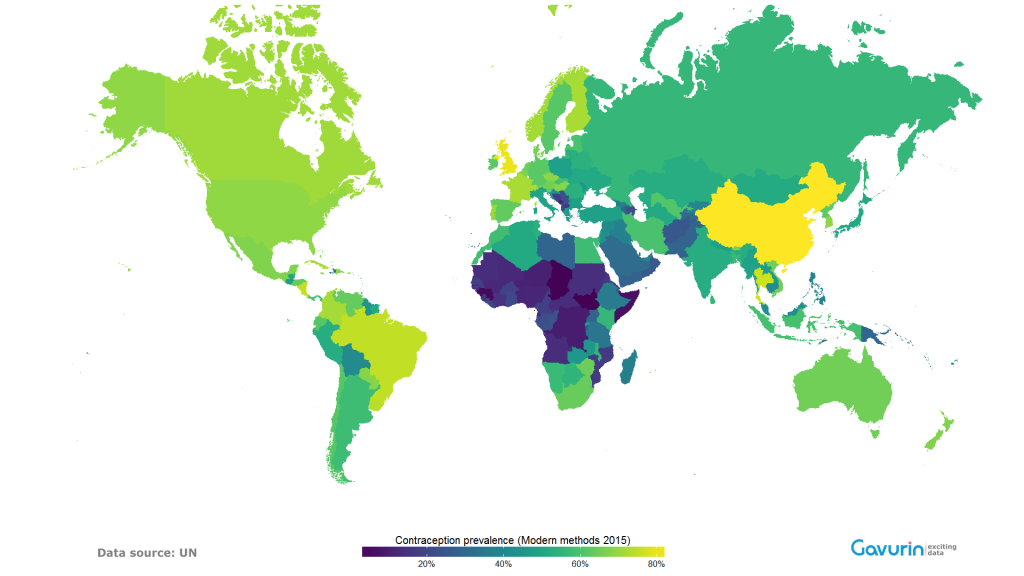 Another interesting observation from the map above – China has an impressively high prevalence of modern contraception, despite having the second largest population.

CHILDREN MORTALITY: STILL A PROBLEM IN MOST DEVELOPING COUNTRIES 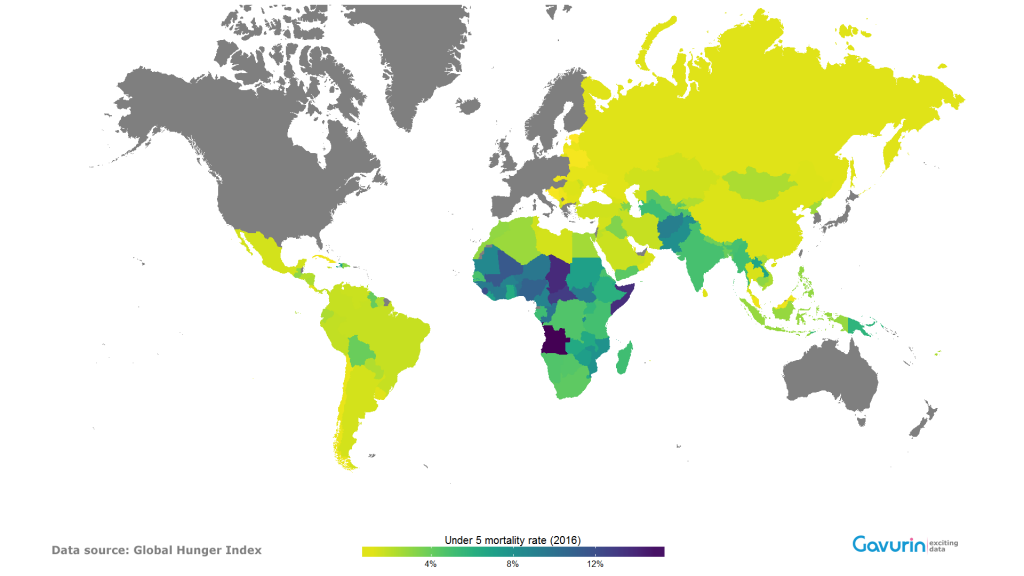 There are a lot of countries on this map where data is missing. This is because child mortality is less of a concern in the developed world. However, this map is more troubling than the rest. There are countries with a child mortality rate higher than 10%. Unfortunately, this means that in some countries, such as Somali or Nigeria, one in ten children will die before the age of five.

WHAT IS THE FUTURE GOING TO BRING? 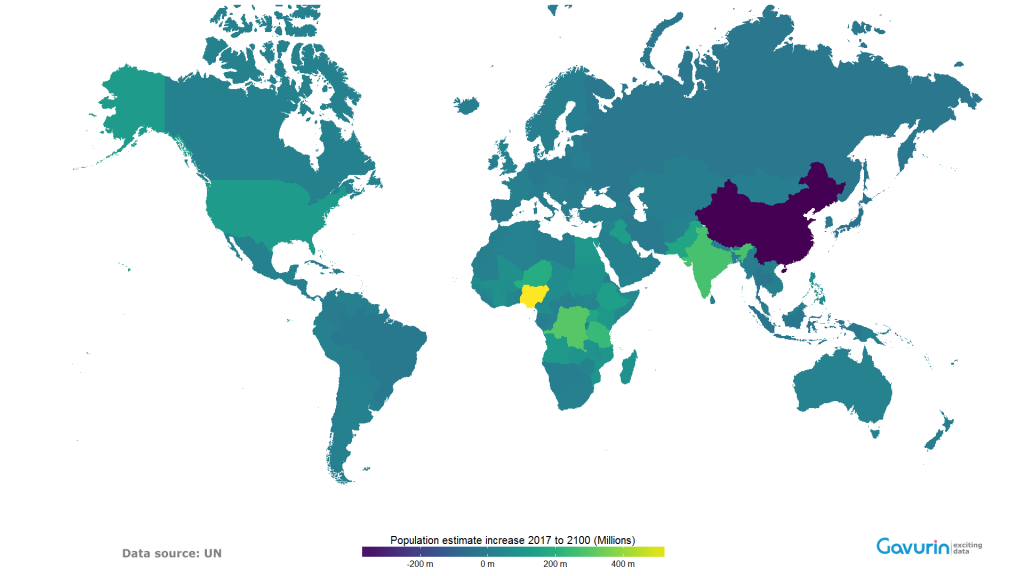 Prediction of how population is going to look in 2100

As you can see from the map, Nigeria is projected to grow the most (with an expected increase of over half a billion in population!), making it the third most populous country behind India and China. Additionally, China is predicted to remain the second most populous country, despite its declining population, being overtaken by India.

To conclude, it should be said the overall global population is going to increase. For this reason, we, as socially responsible human beings, should pay more attention to how we consume global resources. Only our self-consciousness will allow future generations to enjoy life on the planet Earth to its full potential.