Women in tech: What does the data show us? 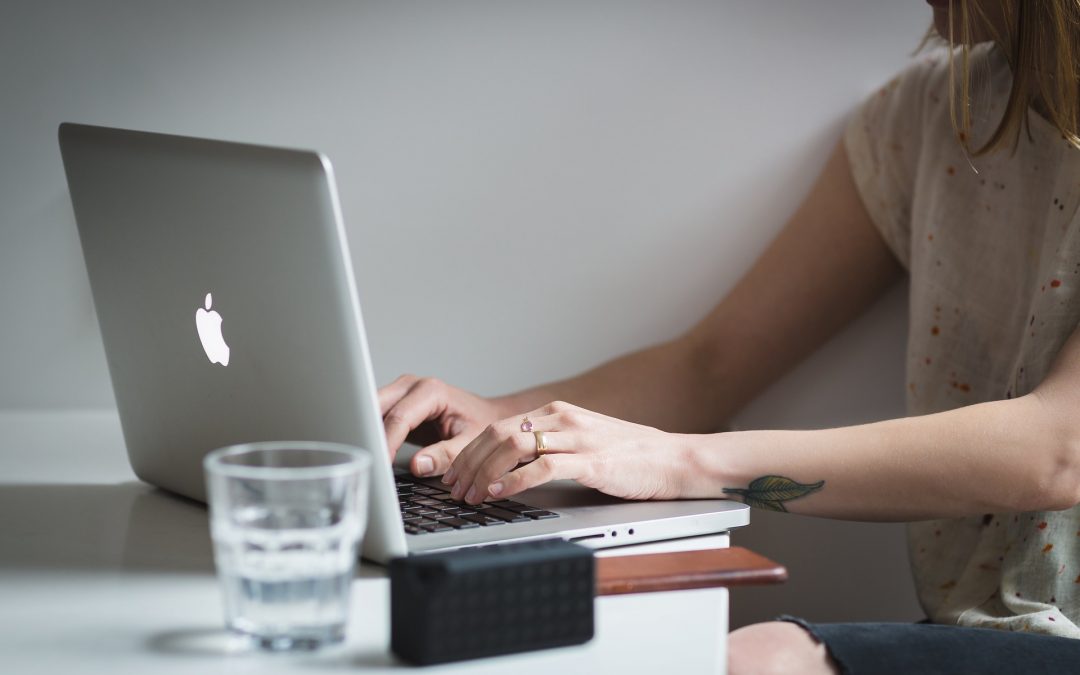 Women in technology is a hot topic right now.  Therefore, I have decided to share my journey in the tech industry.  When I was a student in Sri Lanka, happily skipping my way to school on a sunny day, I had always dreamed of becoming a Software Developer.  The kind of person who would sit in front of the computer and code all day!  Yes, of course, it was a lie.  I had never dreamed of becoming a Software Developer but look at me now, working as one of the few women in technology.  Back then, all I wanted to do was be a detective (like Sherlock Holmes) and fight crimes using my observation and deduction skills. Unfortunately, that didn’t happen as I was too scared of the Crime Lord’s minions who would take revenge on me.

REALITY CHECK: MY FIRST ENCOUNTER WITH THE PROPORTION OF WOMEN IN TECH

So, I thought the next best thing to do was to become a BioInformatician (as I couldn’t find any degree for Forensic Scientists at that time).  I enrolled on a one month course to learn how to program before my course.  On the first day of the course, I was very excited and eager to meet new friends.  However, when I reached the classroom, I panicked a bit as the whole classroom was filled with boys! There were about 60 of them.  It was a bit overwhelming for me as I was not used to seeing that many boys in one place (I went to an all-girls school).  As I was about to leave, I noticed one girl, who was sitting in the corner so I ran and grabbed the next seat to her.  It was my first encounter of the difference in numbers between men and women in technology.

As the years go by, I have seen the topic of women in technology gaining more attention.  Several different initiatives had been taken by major and smaller companies to boost the numbers of women in tech.  This is why I have decided to gather some data and analyse how the trends of females choosing to study Computer Science varies over time.

GCSEs: HOW MANY FEMALES ARE CHOOSING IT AS A SUBJECT?

As you can see, it seems like the awareness programmes regarding women in technology are doing a great job.  The number of students, who had chosen Computer Science as one of their GCSE subjects has increased 5.8% from 2012 to 2016.

A Levels: WATCH HOW THE NUMBER OF WOMEN IN TECHNOLOGY DECREASES

Let’s look at the data on the number of students, who have chosen Computer Science as one of their A Levels subjects.  Even though there is data from 1996, I have decided to use data from only 2000 onward.  This is because it is going to be easier to compare it with the data on the first year students. 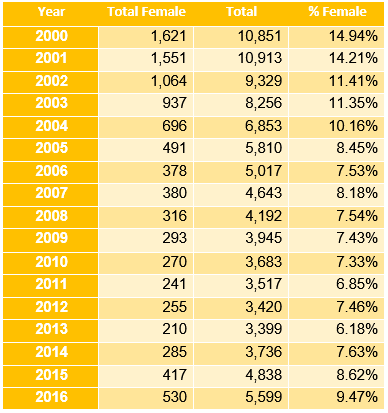 Source: National Statistics – A Level and other 16 to 18 results

The table for A Level results is not as positive as the GCSE results one. Over the 16 years, the percentage of females who chose Computer Science has decreased by 5.47%. This shows that even though 14 to 16 year-olds are becoming more interested in studying Computer Science, their interest in Computer Science decreases and they end up dropping the subject.

(By the way, have any of you noticed the colour scheme I am using for the tables?  Yes!  It is the traffic light colours.  So, I guess, you know what’s coming next!)

COMPUTER SCIENCE UNDERGRADS: WHAT DOES THE DATA ON UNIVERSITY LEVEL SHOW? 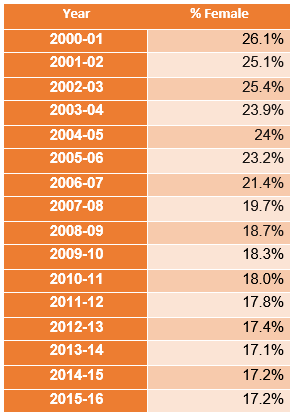 The final table shows the percentage of female students who pursued a degree in Computer Science.
As you have guessed with the colour of the table, it becomes worse when we look at the data from higher education.  From 2000 to 2016, there has been a drop of 8.9% in the number of girls who have chosen to do a Computer Science degree.

After analysing the data on GCSE results, A Level results and first-year students who are pursuing higher education in Computer Science, it seems that less and less female students are interested in learning Computer Science and pursuing a career in this field.  Are all the awareness programmes showing the hardships that the current women in the field go through? As this could explain the decrease in numbers.

The years have passed but I am still the only female sitting amongst three males who, like me, also work as Software Developers.  We did have another female part-timer in our team but she had to leave us to finish her degree.  This isn’t a complaint, it’s just a fact.  Nowadays, I am no longer as shocked as I was 9 years ago when I first entered the coding classroom.  I have also realised that the difference in numbers is not only in Sri Lanka (as I first thought) but all over the world.

All I can say is that I have enjoyed my journey so far.  Yes, there are more men than women in the field.  Hopefully, the difference will gradually decrease (even though the data doesn’t seem to support this wish).  But, on the positive side, when you go to a code meet up and there is a free pizza being served, you can at least grab the first slice.  This is because all the men will wait for you as that’s what gentlemen do!