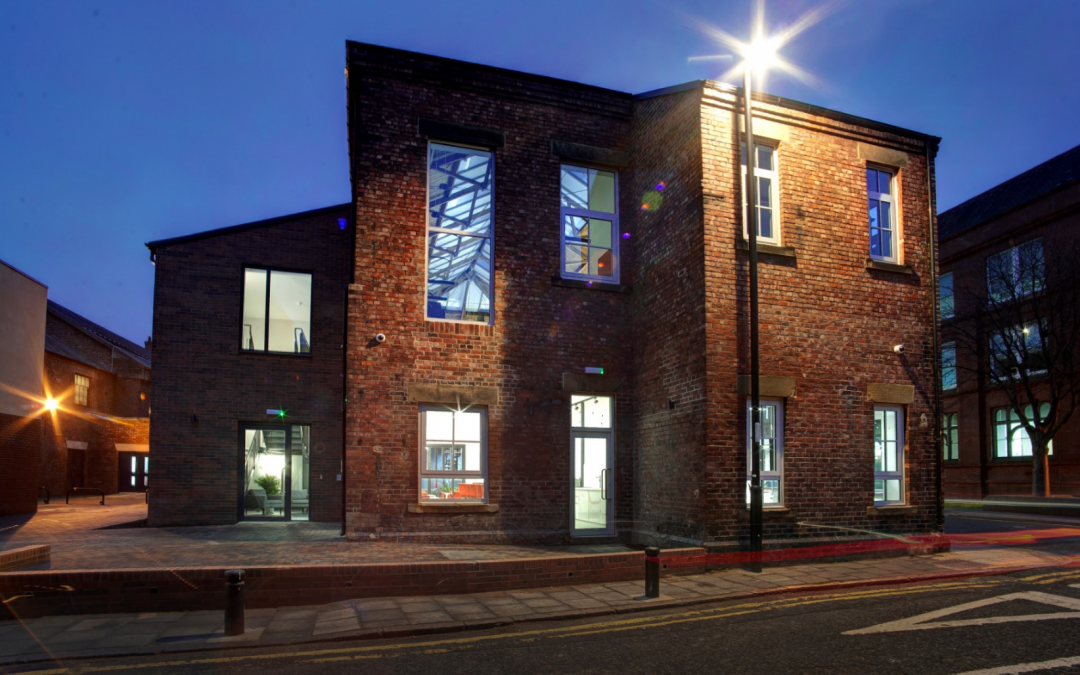 One of the world’s newest technologies is going to inhabit a building that once housed one of the oldest of sports – a sport that originated in prison! 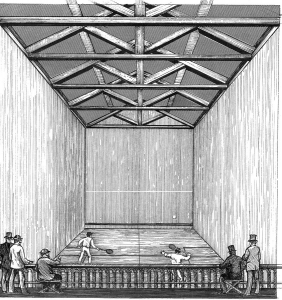 During the 18th Century, racquets was played originally in the open, on the yard walls of the two main London debtors’ prisons. These were The King’s Bench in Southwark and The Fleet, located near what is now Farringdon Street.

In The Pickwick Papers, Dickens describes Mr. Pickwick’s misfortune to be incarcerated in the Fleet, a prison whose

“staircases received light from sundry windows placed at some little distance above the floor, and looking into a gravelled area bounded by a high brick wall, with iron chevaux de frise at the top. This area, it appeared from Mr. Roker’s statement, was the racket-ground”

In spite of these humble beginnings, racquets increasingly developed as a game for the wealthy.  But although people like Lord West built a court at Buckhurst Park in Sussex in the 1850s and The Earl of Eglinton and Winton built one at Eglinton Castle, his home in Scotland, racquets did not really take off as a private country house game to the same extent as tennis later that century.  Today, the vast majority of playing racquets courts are found in British public schools.

The Newcastle upon Tyne racquets court was designed by Hubert Laws and opened in 1888. Laws was an engineer in partnership with his brother William.  William seems to have enjoyed most of the glory and he eventually became chief engineer for the City of Newcastle.  Hubert seems not to have done much else.

We are however indebted to Hubert!  He built the Racquets Court for members of the Union Club on Westgate Road. It  conformed to the new size standard (60 feet x 30 feet), established by the Prince’s Club in London in 1853. 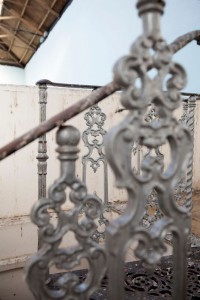 It had a viewing gallery on the fourth side, accessed by an ornate spiral staircase. The staircase is still there;  we’ll do something with it – sadly these days building regulations forbid the sole use for which it was intended.

Our Racquets Court is only one of two surviving in the north of England. The other is the Manchester Tennis and Racquet Club – built 8 years before ours in 1880.

So some 120 years after it was first built, The Old Racquets Court is set to become home to a Big Data business.  I doubt that even if it had been possible to tot up the total number of times a ball has been hit over that 120 years, it would come to anything like the number of data points Gavurin manages in perhaps a day.  Maybe an hour?  Who can tell?

We’re excited about bringing life back to The Racquets Court for many reasons.  Here are just some of them.

We’re in the business of creating ‘Exciting data’.  The Racquets Court will be emblematic of our mission.

We’re innovative.  We want our environment to be as innovative as we are.  Working with ID Partnership, we will create that environment.

We were born in Newcastle and we’d like to grow there.  We’d also like to contribute.  And we’ll do that very actively. We’ll do that by doing our bit to keep Newcastle graduates, by working with local businesses whenever we can and wherever possible doing what we can to tell the world about Newcastle.

We’ve started.  In addition to ID Partnership (supported by Elliots), our legal team is drawn from David Gray Solicitors, our progress will be photographed regularly by Steve Mayes and so on.  We’ve also been supported by Let’s Grow – represented by BE Group and UNW.  And not least our Relationship Manager at Lloyds Bank (Roz Hetherington) has been supportive of our plans – something for which we’re really grateful.

We intend to occupy most of The Racquets Court, but we’d like to share a small amount of the space with businesses that complement our own.  We really do believe in clusters!